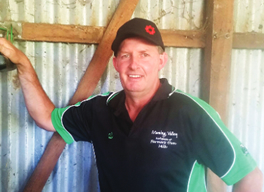 Col starts milking at 5:30 am each day. The cows are read before they're milked, and any cow needing attention based on the Heatime reports gets sorted in the yard. This helps Col better time AI.

According to Col, "If the cow has been on 8-10 hours I will AI her right away, particularly if I know I'll be alone at the next milking, since I'm the only one on the farm certified for AI."

Rumination monitoring helps Col get an early indication of developing health issues. If a cow's rumination numbers drop to 200 minutes or less, he checks the cow for acidosis, respiratory trouble, and ketosis.
"Our nutritionist believes 25-30% of all fresh cows suffer from ketosis, so that's pretty significant and you really want to pick up on it early.
Ketosis can bring her production down, but the drop in production might not be noticeable, say a change from 50 litres down to 40. But the system will pick it up, so then you can look at her and treat her if necessary."

Col also uses the system to monitor rumination of his springers (freshening dry cows), with another reader over a water trough in his calving area. This gives him a good idea of each cow's rumination before calving, so he can see if she recovers well post-calving. This has already helped identify several cows with early lactation metabolic disorders, which he credits with having saved them.

Although so far he has seen the conception rate rise by just 5%, Col says for him it's about more cows being presented for AI, and is pleased with the results on that count. "A lot of cows come on season after 35 days in milk. With the second heat, at around day 55, they are joined. Most cows will have the opportunity to be joined three times before hitting 100 days." 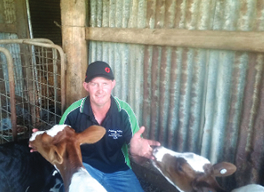 He adds: "Using the system has also tightened up my calving pattern. Before the average cow would have been calving every 16 months. Now it's down to 12-13 months, so I'll be able to sell off 20-30 extra cows worth about $2,000-$3,000 each this year alone. This helps recover the cost of the system pretty quickly." In addition, Col is now using only about 20% of the tail paint he had previously used, saving a further $1,000 a year.

The SCR Heatime HR System is also proving a big time saver. Instead of spending two hours per day on observation and tail painting, it's more like half an hour. And, "If the cow is cystic or you want to know how many days she's been in heat, the records for each cow are right there at your fingertips in the system, so you don't have to go look at your log book, which also saves time."

Col is enjoying new-found confidence when off the farm. "If I have a freshly calved cow, I can leave a note for my workers to check the rumination of a specific cow and send me a text with exact defining numbers. Without having to physically look at the cow, I can make a decision about what to do."